Commencal Vee is a young squad of downhill and enduro riders who have already proven their worth during the 2021 UCI Downhill World Cup. For the 2022 season, the team continues to be led by Matteo Iniguez, 6th place Red Bull Hardline 2021, who is joined by brother Rafael Iniguez, and 4th place junior women’s racer Siel Van Der Veldon. In addition, with such an impressive season last year, the team has decided to take on two new riders in the form of Tom Cosse and Jerome Caroli while also mentoring more promising up and coming racers along the way.

The 2022 season is already looking promising, with the first round of the World Cup fast approaching in Lourdes, but the team has already been hard at work during the off-season at team camps and national races across France and Spain. 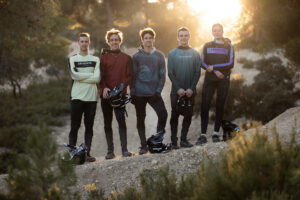 Everyone in the team is hugely excited for the season and is stoked to work with Invisiframe to ensure that their bikes remain factory fresh even after months of extreme race punishment. Invisiframe will work to protect the team’s Commencal Supreme race bikes, Meta SX enduro bikes, and Meta Power ebikes with their range of high-quality and easy to apply wraps. 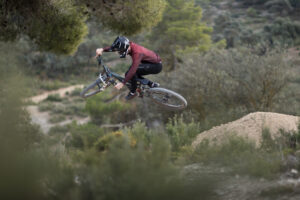 The Commencal Vee team will work on race content and behind-the-scenes coverages during races and update its social media with fantastic imagery on a regular basis. The team also plans to post regular videos, record podcasts and visit sponsors during the season too, so make sure to follow Commencal Vee on Instagram @commencalvee 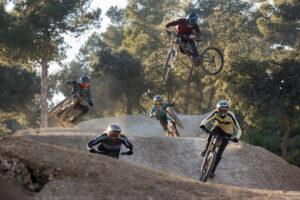