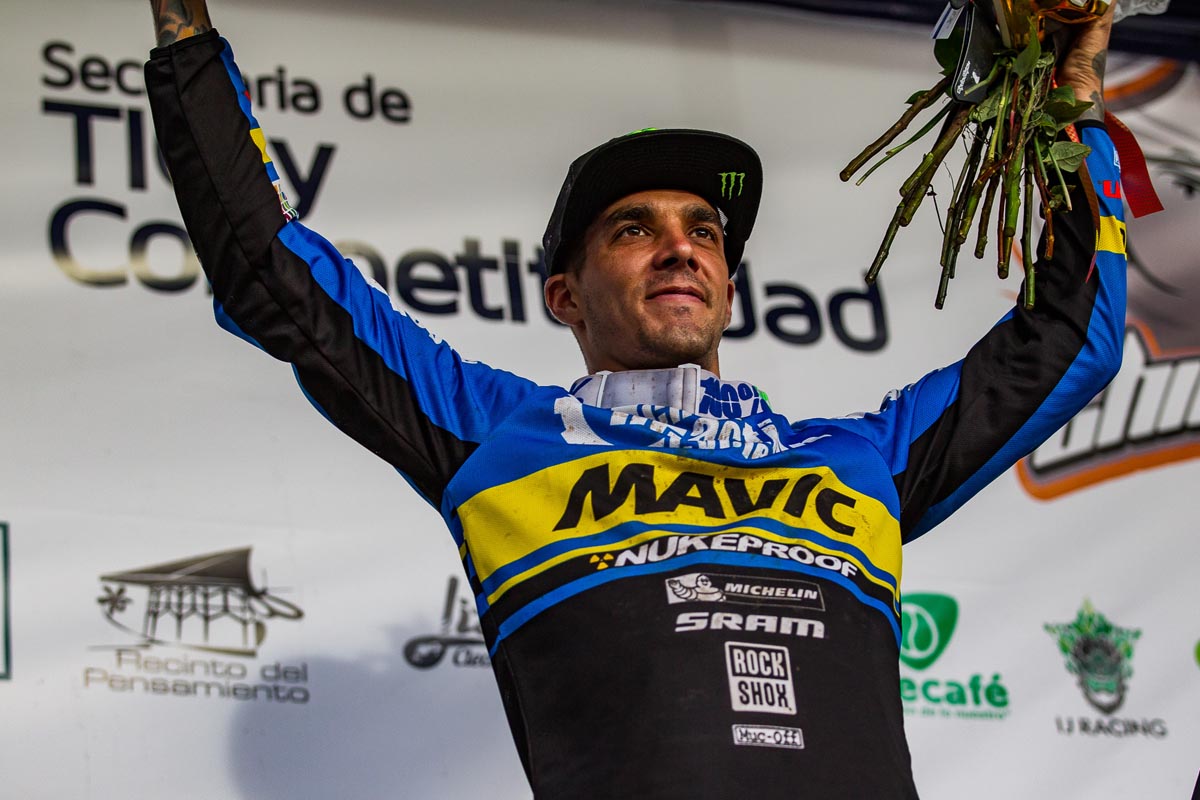 Sam Hill took the elite men’s victory and Elliott Heap winning the under-21 category. Kelan Grant had a solid race finishing in the top-50, going into the rest of the season with confidence.

In contrast to the high-speed anti-grip that that the riders faced in Chile, deep ruts, mud and rain were the order of the weekend for the racers in Manizales, Colombia. The conditions made no difference to Sam Hill though as he carved impossibly fast lines where other faltered.

After stage 2, Sam had ridden himself to the top of the leaderboard, with a 25 second lead. He’d stretched his dominance to 36 seconds after stage 3 and was beginning to look unstoppable.

The legend continued on stage 4 as Sam floated through the jungle mud with apparent ease, stretching his lead to 46 seconds. After another impressive few stages, Sam was assured of the win and took overall victory by 47 seconds.

sam said: ‘It feels amazing. It was my long goal coming into these two races in South America – totally opposite styles of tracks and conditions. I knew that stage 7 wasn’t going to be my strongest one so my plan was to attack early and try and build a bot of a lead.”

Asked how Sam made sense of the conditions, where many others were struggling to even stay on their bike, he said; “Dunno I just rode by bike as fast as I could really I just wanted to keep my speed through the mud and after stage 2 I had quite a big win and it got me pumped up for the rest of the stages. I’m really enjoying it – enjoying the challenge.”

The under-21’s race was a hard-fought affair, where Elliott Heap finally showed his skill and speed, winning with overall by 35 seconds. A consistent performance over the 7 stages, including two first places and three second place finishes saw the young ripper top what we’re hoping to be the first of many podiums this season.

We are proud to be working with the CRC – Mavic team for the 2018 race season.

The team are riding the Nukeproof Mega. To check out all our Nukeproof protection kits follow this link – http://www.invisiframe.co.uk/NUKEPROOF 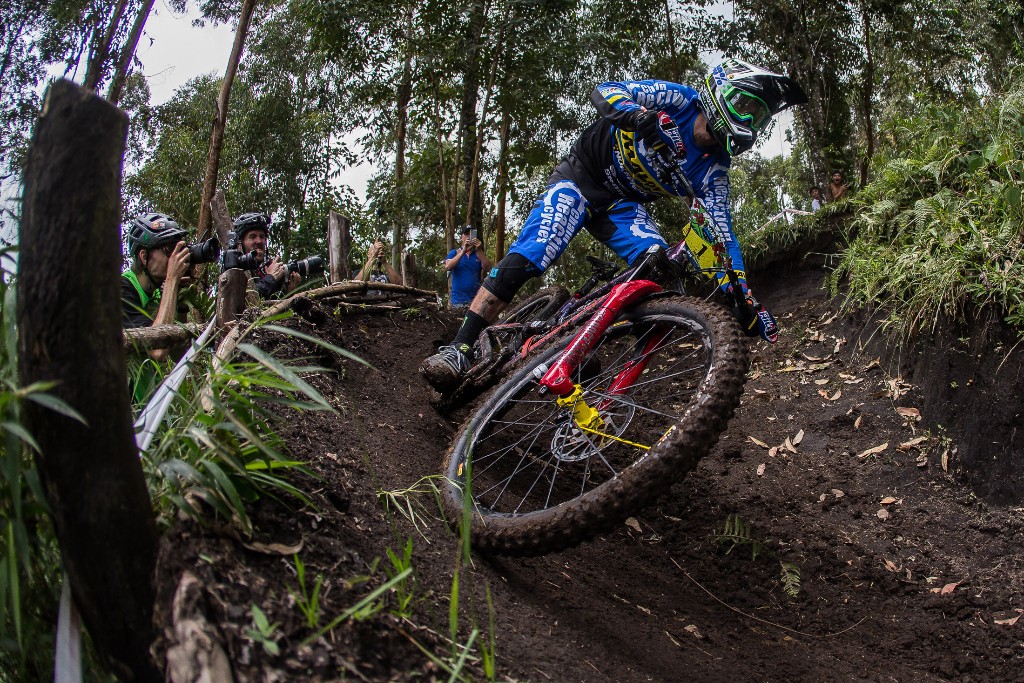